Get fresh music recommendations delivered to your inbox every Friday.
We've updated our Terms of Use. You can review the changes here.

No Branches Without Trees 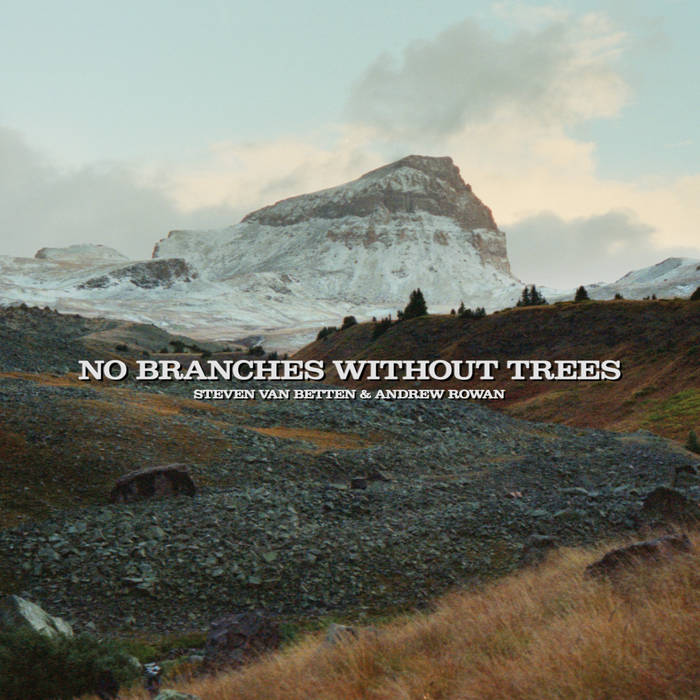 Dylan McKenzie Beautiful interweaving of Steven's folk-style songwriting and Andrew's orchestration and arrangements. At times a whisper, at times a storm, the strings bloom out of the songs and entangle themselves with Steven's voice and acoustic guitar work. Masterfully recorded, fantastic record. Favorite track: Last Walk Through the Desert.

mctmusic This record is full of beauty and reflection, played by immensely talented musicians. I could listen to this album on repeat all day long and find something new each time. This record is getting me through this crazy pandemic world we live in with hope and inspiration toward a better future ❤️ thank you!!

From the opening instrumental “Calico Basin,” which operates like an overture, to the rapturous tremolo of closer “Last Walk Through the Desert,” No Branches Without Trees is delicately layered with field recordings collected around Blue Diamond, Nevada, population 339, a Census Designated Place tucked in the Red Rock Canyon Conservation Area. These eight heartachingly subtle vignettes unfold like a cherished short story collection, as each song evokes tales of the desert, death and coming of age.

Although Rowan and van Betten are no strangers to the academic side of music—they first met at CalArts in 2010 where Rowan was studying composition and van Betten jazz guitar, No Branches Without Trees embraces a direct emotional connection through tender songs that seamlessly fuse cinematic chamber pop elements to the tried and true folk song tradition.

Despite a decade of collaboration—both as bandmates and as composers for film, animation, and dance choreography—this is their first project as a duo. No Branches Without Trees represents an intuitively kinetic musical connection.

Steven van Betten is a desert-born songwriter and guitarist. Andrew Rowan is a composer and arranger from New York City.

Bandcamp Daily  your guide to the world of Bandcamp

Sampa The Great joins the show to discuss her release, "As Above, So Below".